Battleship USS Iowa Museum: The Battleship USS Iowa Museum is a maritime museum located at the Port of Los Angeles in San Pedro, Los Angeles, California, United States. The museum's main artifact is the USS Iowa, lead ship of the Iowa class of battleships. The ship was built in 1942 and served in World War II, Korea, and Vietnam before being decommissioned in 1990. It was reactivated in 1986 as part of a modernization program and served until its decommissioning for good in 1998. The museum opened in 2001 after extensive restoration efforts. The museum displays artifacts from all over the world, including artillery pieces from WWII and Vietnam as well as parts from aircraft carriers like the USS Midway and USS Coral Sea. Visitors can also explore exhibits on life aboard a battleship during wartime situations or view simulations that show what life was like for sailors during peacetime exercises. Battleship USS Iowa Museum is a tourist attraction located at 250 S Harbor Blvd, 90731, Los Angeles, CA.
The business is listed under tourist attraction, historical landmark, history museum, local history museum, museum, maritime museum category. It has received 5,725 reviews with an average rating of 4.8 stars. View story

The address of Battleship USS Iowa Museum is 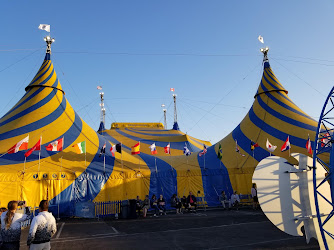